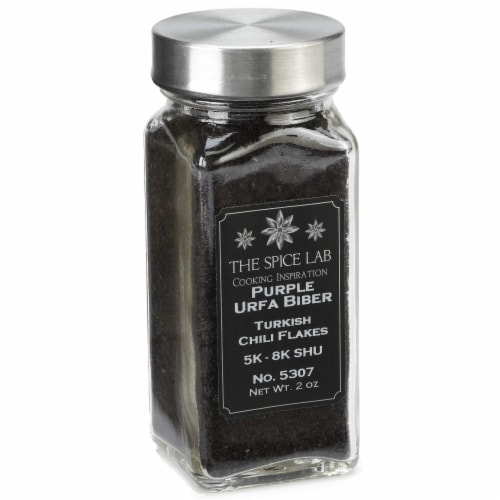 HEAT INDEX: 7500 on Scoville Heat Scale PAIR: with hearty vegetables, cheeses and braised meats USE: in desserts by pairing with chocolate, vanilla beans or gingerbread spices A dried Turkish chili pepper of the type Capsicum annuum cultivated in the Urfa region of Turkey. It is often described as having a smoky, 'raisin-like' taste. Urfa biber is technically a red pepper, ripening to a dark maroon on the plant. The peppers go through a two-part process, where they are sun-dried during the day and wrapped tightly at night. The night process is called 'sweating', and works to infuse the dried flesh with the remaining moisture of the pepper. The result is an appearance ranging from deep purple to a dark, purplish black. Urfa biber is less spicy than many other chili peppers, but provides a more lasting build of heat. Scoville scale: 30,000-50,000 SHU.