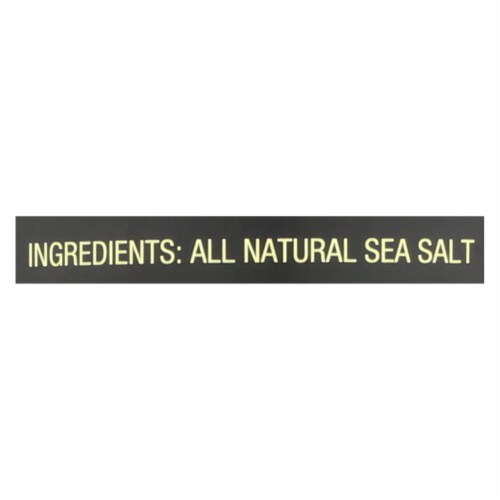 All natural. Premium. From the mediterranean. This salt does not contain iodide a necessary nutrient. Since ancient times salt has been a precious mineral. It was once traded ounce per ounce for gold and had even been used as currency in roman times. The word salary has its meaning based on the important role salt (sa-le in italian) has played throughout history. Salt is a natural product. It is either mined from the ground or is obtained through evaporated seawater. Alessi sea salt comes from the cool blue waters of the mediterranean sea using the oldest method of obtaining salt evaporation. Sea water is transferred through a series of evaporation ponds which successfully eliminate other elements. The hot dry climate and gentle breezes hasten the evaporation process leaving behind only pure white crystals and other valuable trace minerals not found in regular salt. The coarse crystals of alessi sea salt will add a new dimension to your cooking adding both taste and texture. Savvy gourmets use crunchy sea salt crystals in their salt grinders. Made naturally from only the sea and the sun - alessi sea salt. Www.alessifoods.com. Product of italy. Packed in usa.