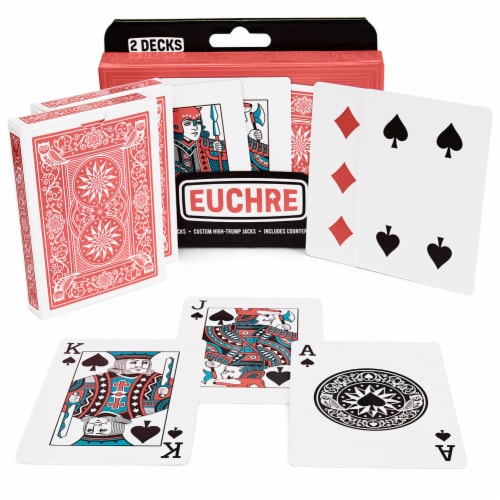 Trump Up Your Euchre Games

A timeless classic with over a century of history, Euchre's American roots lie in the Pennsylvania Dutch, who immigrated from northern Europe in the 1860s. These pre-stripped 33-card decks are purpose-built for playing many varieties of Euchre. Seasoned players and newbies alike will love the four custom high-trump Bower Jacks, stylized as Scandinavian folk warriors to reinforce their unbeatable position. This German folk art inflection is carried throughout our card aesthetic as a nod to the game's roots.

Why You'll Love It

Included in this dual-deck value pack are two sets of blank counter cards for keeping score -- no pen or paper required! -- and instructions for both classic American Euchre as well as the 32-card 6-player variant. We've also included a Joker for additional spicy variant games.