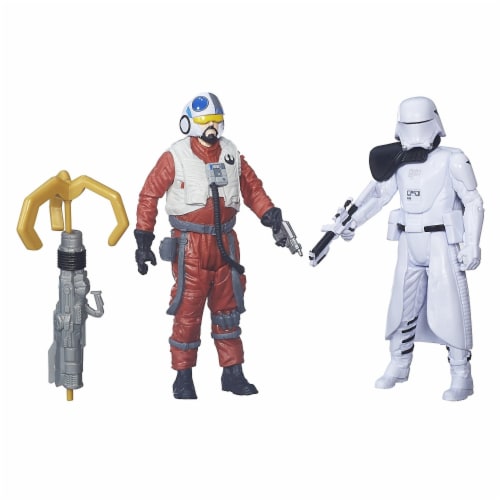 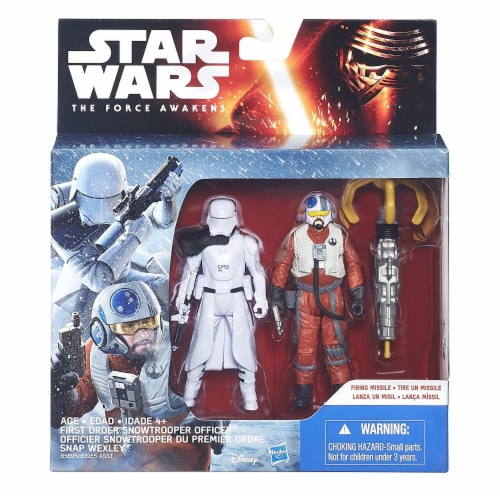 Enter the world of Star Wars and launch into action and adventure! Discover a galaxy of starships and vehicles, and get immersed in exciting stories of good versus evil against a backdrop of a universe populated by heroes and villains, droids and space creatures. Picture new galactic maneuvers and brace for mega lightspeed action with this Star Wars: The Force Awakens 2 Pack featuring Snap Wexley and First Order Snowtrooper Officer! An ace X-wing fighter pilot for the Resistance, Snap Wexley flew during the assault against the abominable Starkiller weapon after undertaking the vital recon mission that confirmed its location. Position Snap Wexley against the latest generation of cold weather assault Stormtroopers, shielded inside advanced insulated armor and helmets designed to reduce the glare of icy terrain. Collect and do battle with these and other figures and vehicles from Star Wars: The Force Awakens! Additional items sold separately. Hasbro and all related terms are trademarks of Hasbro. Star Wars products are produced by Hasbro under license from Lucasfilm Ltd.